Can all residents please raise their objections to Coventry Council objecting to the development in [...]

The Guardian covered the ongoing fight against unnecessary development this weekend. [...]

Photos from today’s petition presentation to the Council

END_OF_DOCUMENT_TOKEN_TO_BE_REPLACED 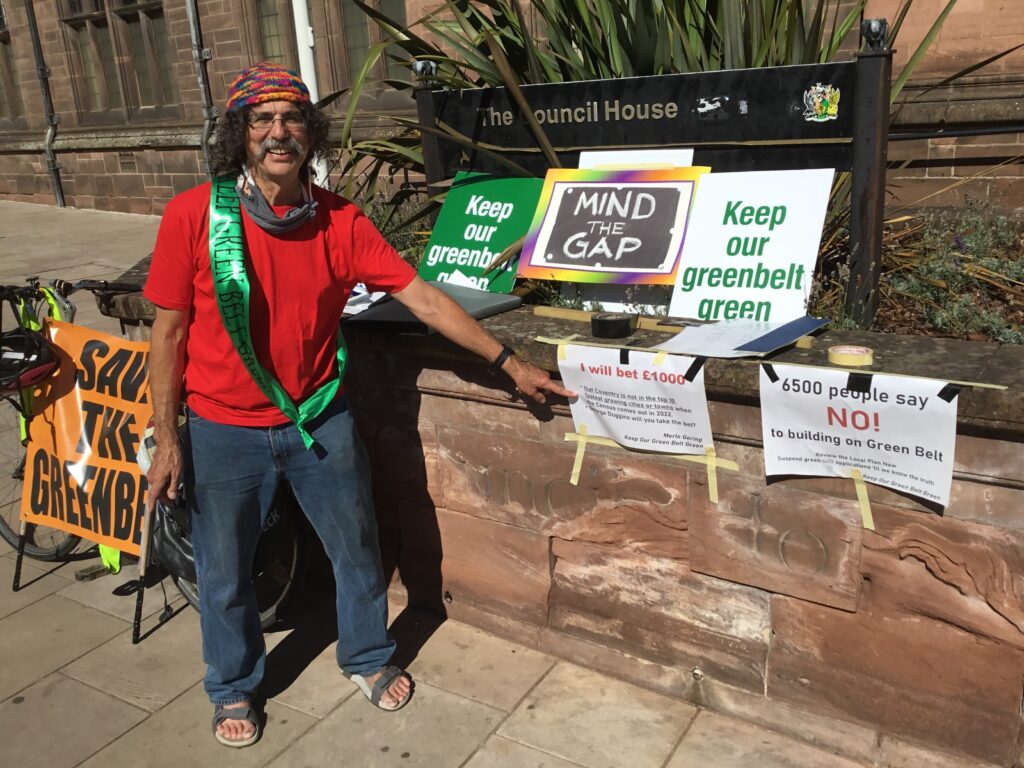 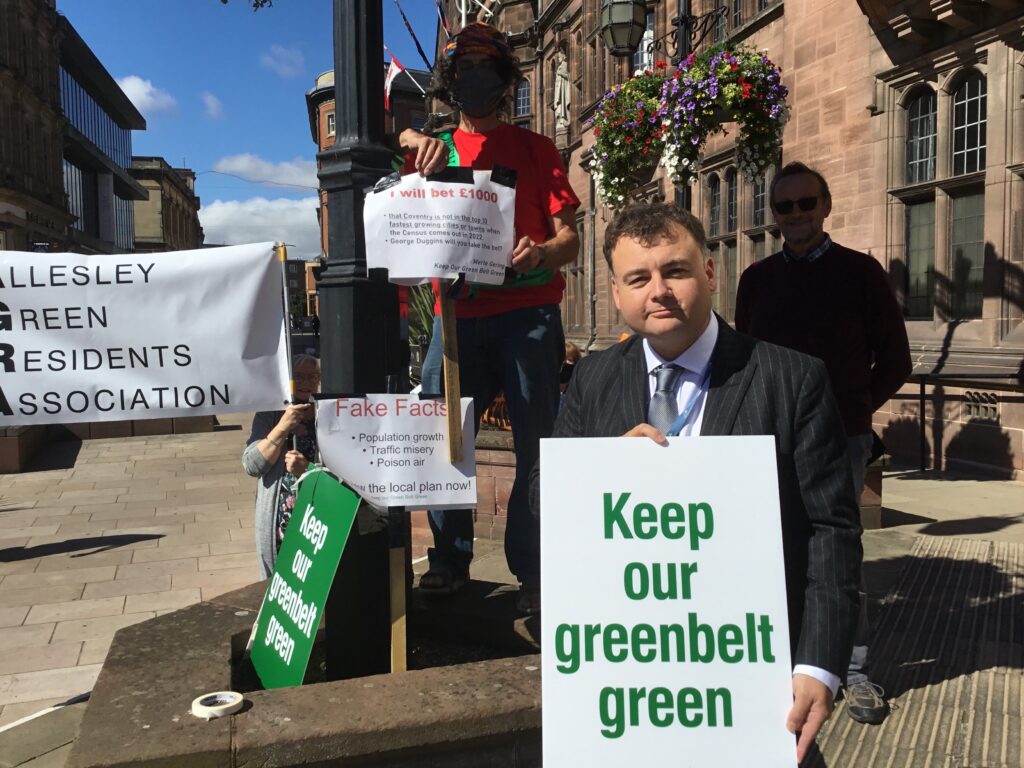 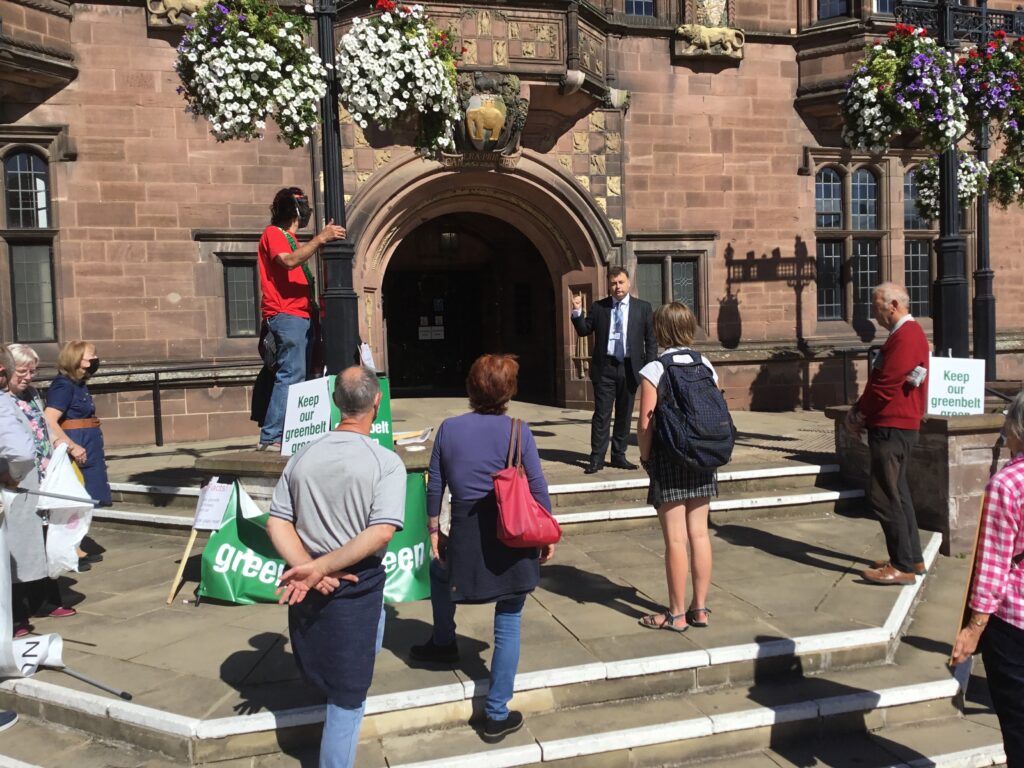 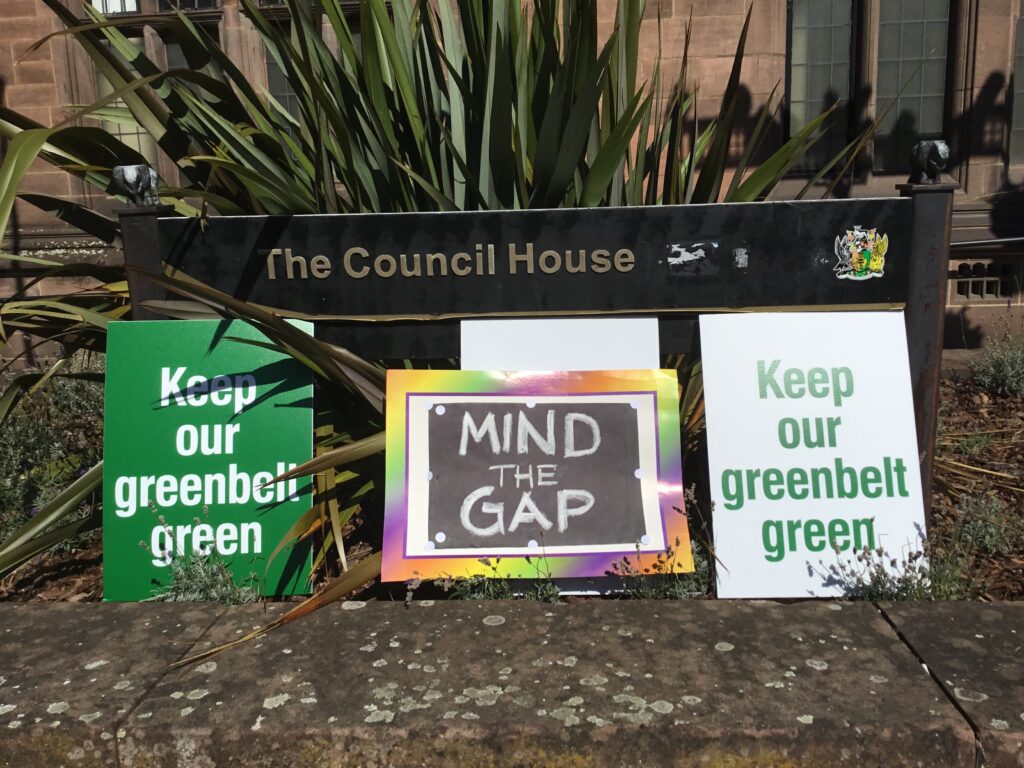 Save our Green Belt
Come to the old Council House, Tuesday 8 Sept, 13.15
We will present petitions with 6,300 signatures

Please come to the old Council House on Tuesday 8 Sept, at 13.15. We are going to hand over our petitions, calling for a review of the local plan, with more than 6000 signatures to Gary Ridley, at 13.30. The press will be coming so it would be good to have lots of people, socially distanced of course.

We are asking for an immediate review of the local plan and a moratorium on planning permissions on former green belt land (it is possible, there is plenty of brownfield land still, and there was a moratorium in Warwick District from 2005-2009).

Gary will present the petitions (2 of them) to the full Council that day, with a very brief speech. There will be a live feed if you wish to watch Gary’s presentation (link to be provided shortly).

At a later date, Gary and a residents’ spokesperson will get a chance to make a longer presentation to either the Cabinet or the Cabinet Member for Development’s committee – we will let you know later the date and time of that event when we have the details.

Article in the Times on Saturday 22nd August covering the questionable ONS figures being used to justify the destruction of our green belt land.

The Coventry Observer today published a story about the huge development plans for the King’s Hill area – is it about to get ‘called-in’ by the government?

We certainly hope so – read all about it here.

Great video from Andy Street, please support his efforts, the tide is turning!

Gary Ridley and Andy Street have setup a petition which aims to block plans for homes on green belt land in Coventry. Please see the below article from the Coventry Telegraph:

If you wish to sign this petition – you can do so using the following link:

Any cookies that may not be particularly necessary for the website to function and is used specifically to collect user personal data via analytics, ads, other embedded contents are termed as non-necessary cookies. It is mandatory to procure user consent prior to running these cookies on your website.