Keresley Sustainable Urban Extension (SUE) is progressing and currently has a number of planning applications [...]

Dear Friends, Please be ready to send objections to planning applications in Keresley, especially the [...]

Dear Friends, Urgent – Please object to this planning application next to Bunsons Wood in [...]

Residents please respond to this latest document revising the planning application for the Hall Brook development and send your objections. The Parish Council will be publishing their objections shortly.

With the upcoming elections we’ve an opportunity to ask our parliamentary candidates questions on the green belt, the environment, climate change and housing.

This will take place on Wednesday 27th November at 7pm at the Hare & Hounds, Watery Lane, Keresley.

This meeting will be chaired by Bob Brolly.

On Sunday afternoon, 150 local people walked around historic and beautiful Keresley to protest against plans to build 3100 homes on land that was until recently greenbelt. Coventry council themselves said, in 1995, it is the best remaining piece of the Ancient Arden landscape (the model for Shakespeare’s Forest of Arden) People were amazed to learn that a rare Charles the Bold Doubloon, from the 1400’s was found in the fields, and that high quality floor tiles found behind behind the Royal Court Hotel probably indicate the site of a medieval chapel, – old maps confirm the conclusion; the site is called ‘God’s hill’.

A local, Phil Blackmore, said “I’ve lived here most of my life and this is disgusting. Why spoil beautiful countryside? It shouldn’t be allowed. Who has been given a backhander? Everyone walks their dog and goes out here to get a bit of peace and fresh air”” .

Another walker said, “an election is coming very soon and we don’t think Geoffrey Robinson will stand again. Anyone who campaigns on greenbelt, as a main pledge, has a really good chance of winning in Coventry Northwest. People in around here are furious about this.

People came from all parts of the city to take part- and to protest at plans for 13,000 homes on former greenbelt, from Kings Hill in Finham, on round through Westwood Heath, Cromwell Lane, Eastern Green, Coundon Wedge, and Keresley – it adds up to a new town the size of Bedworth, and the hospitals, and schools already can’t cope while the roads are choked and the air is foul. Organisers asked why is the council doing this when these homes are not actually needed on any plausible estimate of population growth?

“Save our Green Belt

Organisers, Ann Evans, Dorothy Hall, Lorna Humphreys, Eileen Hughes, Colin Smith, and Merle Gering urged local people who care about wildlife, our precious historic landscape, and climate change to get in touch via our facebook page “Keep Our Green Belt Green. Coventry and Warwickshire” or to email info@coventrygreenbelt.org. They said, There is no need to build on the green fields – all the houses that are really needed will fit on brownfield. Coventry council needs to wake up. 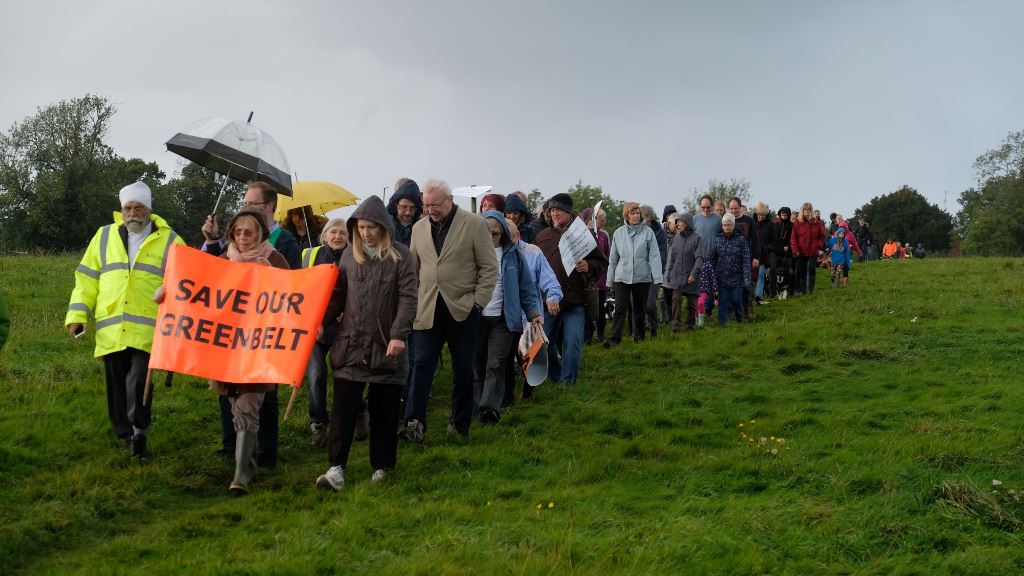 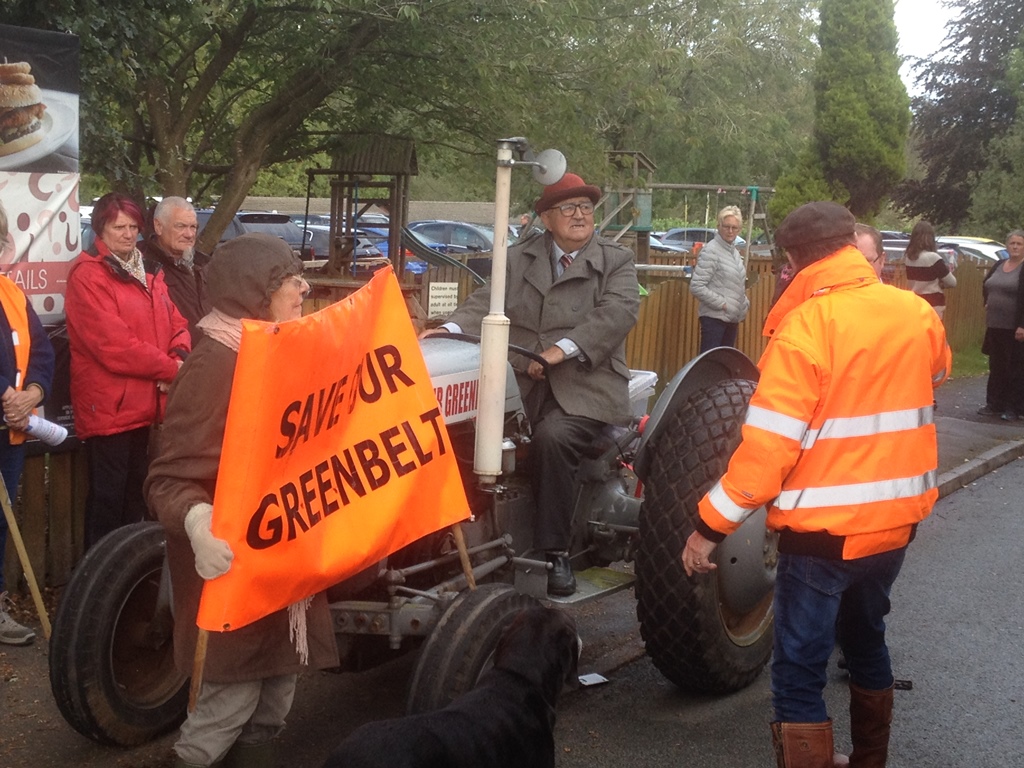 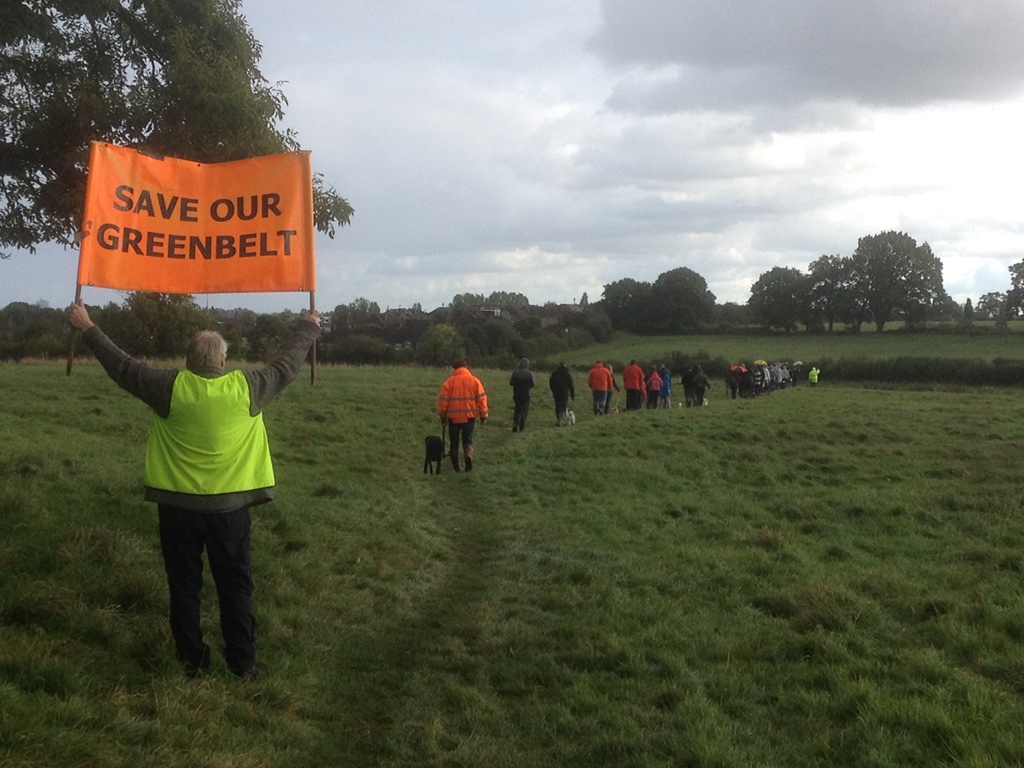 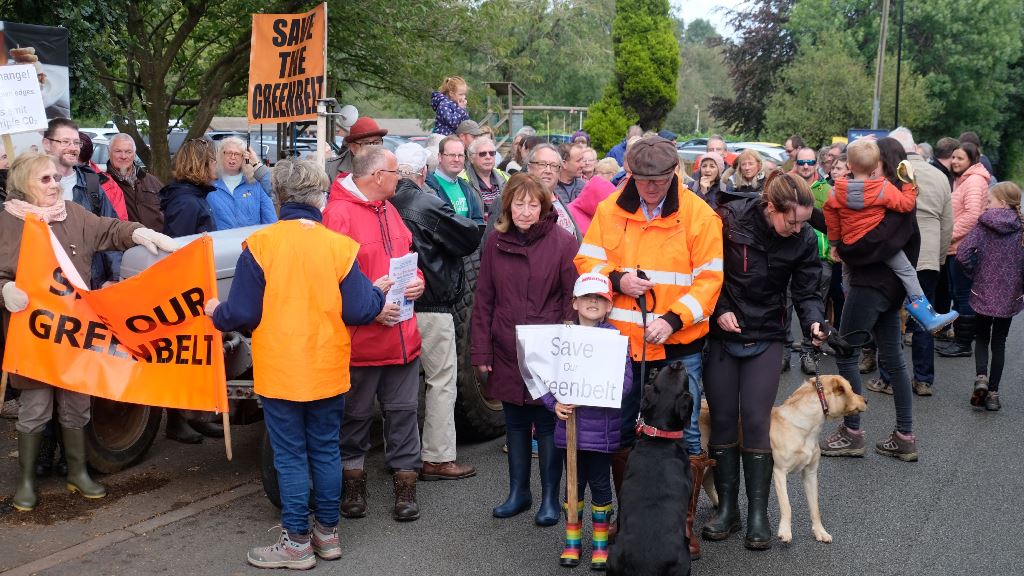 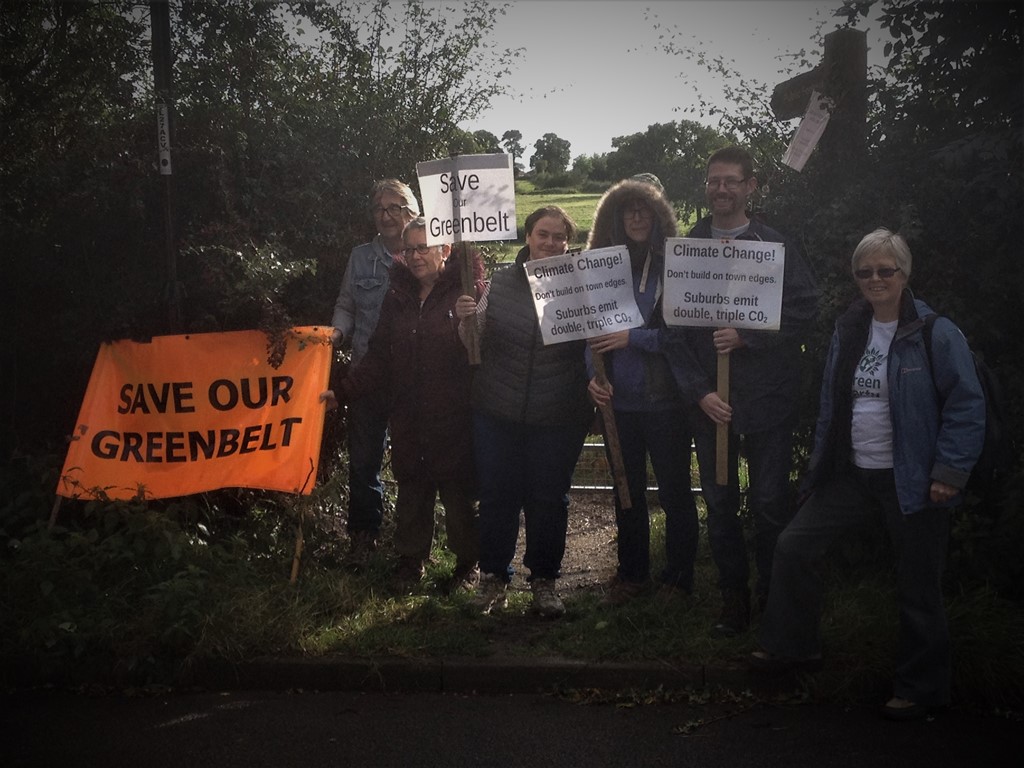 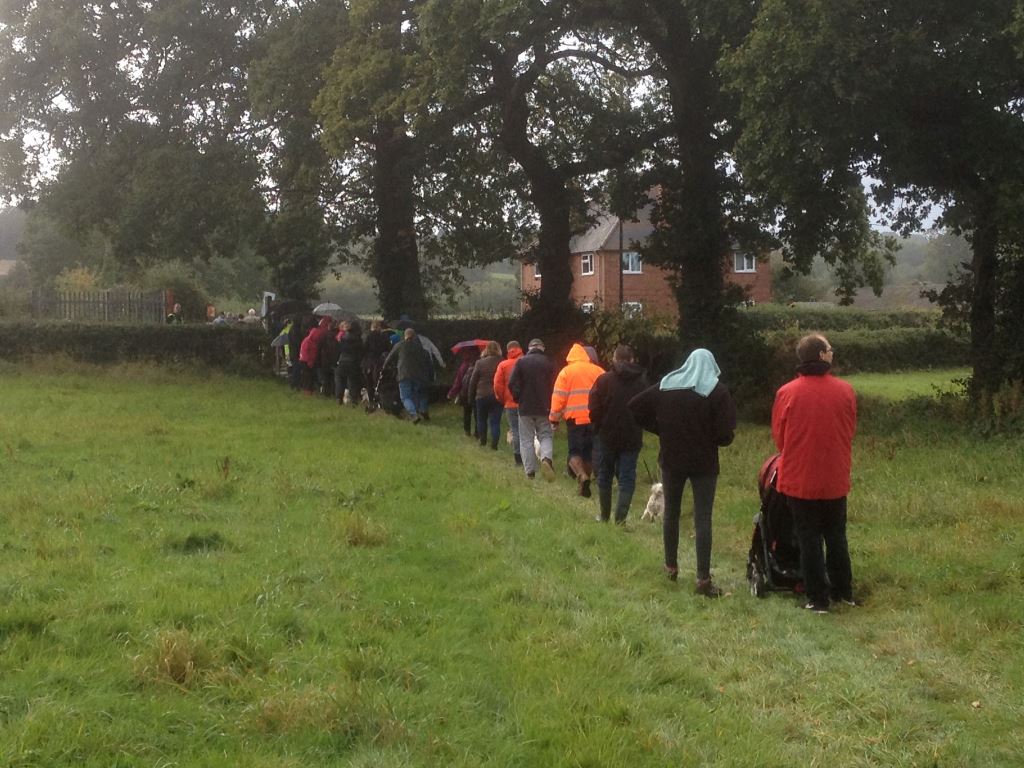 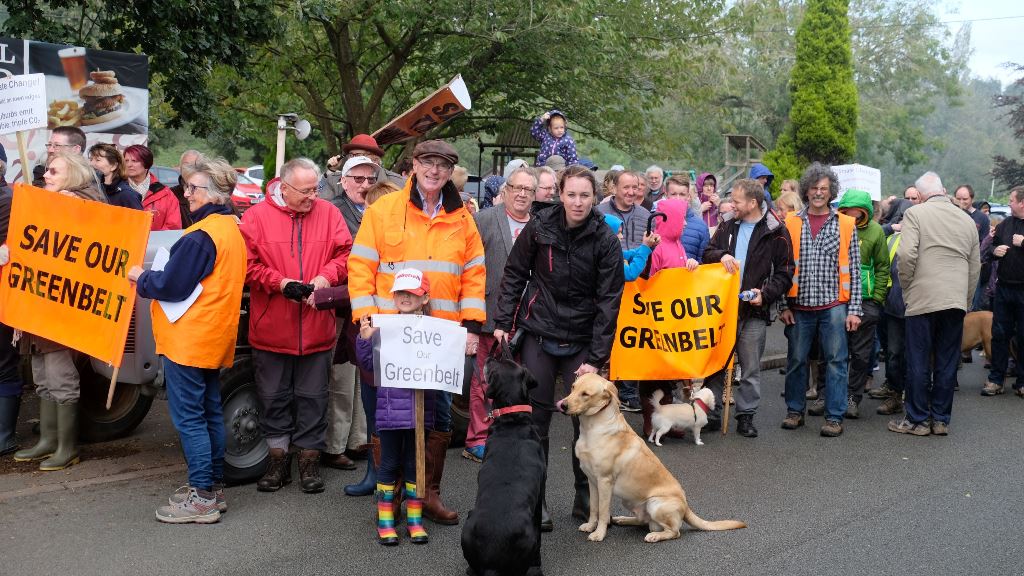 The Coventry Observer produced an excellent piece this week covering opposition from students at Cardinal Newman to the proposed Green Belt developments. You can read the full article here

Save Our Greenbelt – Keresley Community Walk
Sunday 6th October 2019 3pm
Leaving from the Hare and Hounds, Watery Lane, Keresley
One hour easy walk over historic and beautiful Keresley – Shakespeare’s Forest of Arden
Please walk with us, show your support and protect our Green Belt

Keresley Parish Council have provided the below responses to two more planning applications:

Keresley Parish Council have produced an excellent response to the planning application by Taylor Wimpey, RMM/2019/1030, you can read the full text here.

On Monday 29th April 2019 we presented our Greenbelt petition to the council. They fussed over how the purdah rules prevent George Duggins from coming out to take the petition. We took the pictures and handed it in anyway to George Duggins PA. We think he is responsible for the local plan and should answer our case. It is perfectly legit to ask questions of a party leader in an election. his comment, through his pa, was that we should hand it in through a local ward councillor. We replied that it is a citywide matter – 2054 people had signed the petition as of that morning and it is still growing (as i write, at 2171). If you’ve not yet signed please do – https://you.38degrees.org.uk/petitions/return-our-land-to-green-belt-coventry 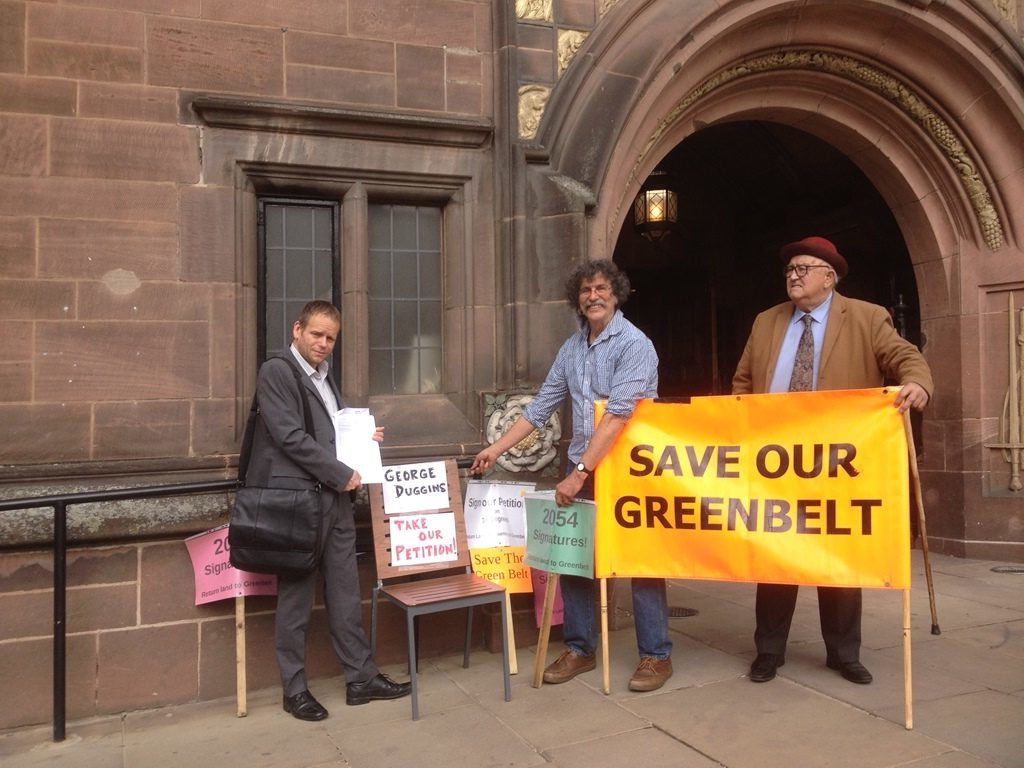 Save our Coventry green belt. Please sign our petition calling on Coventry City Council to begin a review of its local plan now, and return land to green belt.